Break up with New Year’s Resolutions!

This week I kicked off 2016 by doing a makeover on a very deserving 68 year old femme, Myra, on abc’s Talk of Alabama.

It was amazing to see Myra’s eyes light up when she slipped on “the dress” (the one she would rock on air) in the fitting room. After staring at her reflection in the mirror, she looked at me with her kind eyes and said I forgot this woman was inside of me.

Myra told me the past year had been hard on her and her appearance went by the wayside. She had more important issues than coloring her hair or going shopping to worry about.

But over the past few months she lost over 20 lbs. with the help of a dietician. It was the jumpstart she needed, and she was finally ready for a change. That’s when her sister nominated her for a makeover with hair stylist, Tonya Jones, and myself (click the image below to watch the segment!).

After the segment Myra whispered to me that her husband told her “welcome back”. That he was so thankful to have his wife back looking and feeling her best. And more importantly, Myra told me she was excited to feel like the best version of herself.

Whether you had a rough 2015 like Myra, or maybe you’re just wanting to continue to grow and expand into the incredible femme that you are, I invite you to take time this week or weekend to write down your New Year’s Dreams.

To learn the amazing difference between New Year “dreams” AND “resolutions” click HERE. Also, I’ll be sharing with you how to manifest the year you desire through a few simple steps.

You’ll be amazed at the end of 2016 when you look at your New Year’s Dreams list of what became reality! Personally, I am always blown away at the end of the year by the dreams that came to fruition.

I hope Myra’s story inspires you to take the necessary steps to make 2016 your most stylish, healthy and happy year yet! Now head on over to the blog post HERE to learn how to create your very own New Year’s Dreams List 🙂 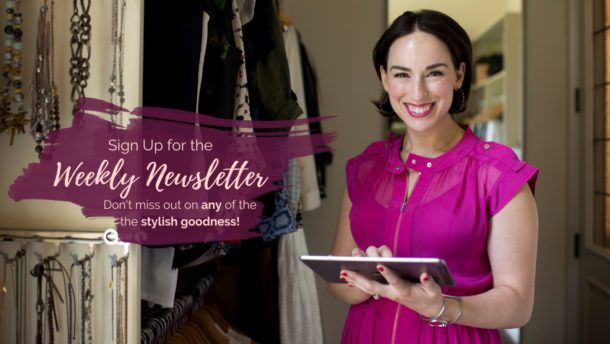 Style Yourself Chic with Megan LaRussa

Sign up for free weekly newsletter full of style tips & videos, a behind the scenes look at Megan & her team, and our favorite products to shop!

You have Successfully Subscribed!